[column]The designated Mid-Cherwell Neighbourhood Plan Area has the Cherwell Valley as its most distinctive feature, embracing village communities in an essentially rural setting. Nearly all the villages have Conservation Areas, as also do nearby Rousham and the Oxford Canal itself. Heyford Park, at the heart of the Area, is home to large-scale residential and employment development at the former air base, which is also an important heritage asset. The resident population of the designated area is currently around 7,000 people.[/column][column]
The map below shows the twelve localities that are working together under the umbrella of the Mid-Cherwell Neighbourhood Planning Forum. 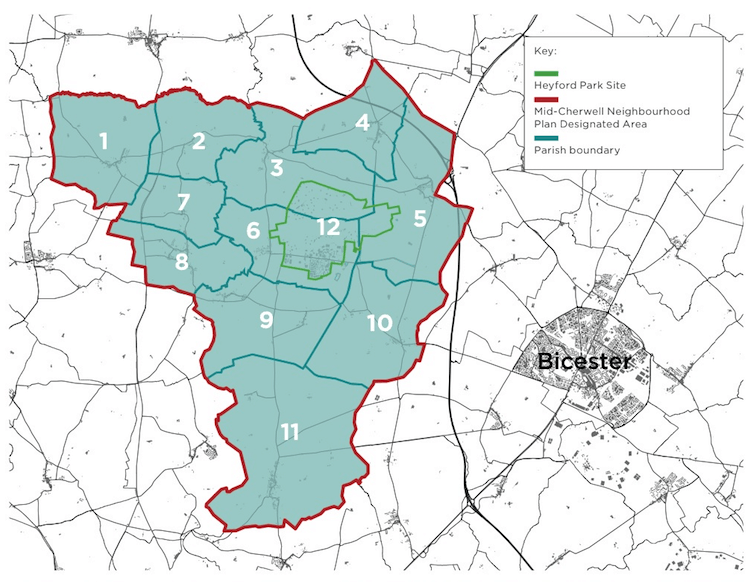 Find out more about Mid-Cherwell Villages